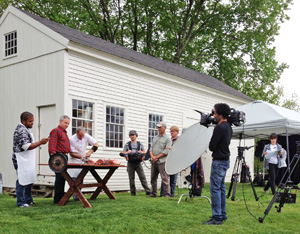 Salem Cross Inn’s history dates back to the 1700’s. Our restaurant in MA offers colonial dining at its finest. The Inn has been covered in magazines and television for its remarkable food, service and history.

Taste of the Town: Salem Cross Inn on MyFoxBoston.com

Featured as the “Hidden Jewel” on the Phantom Gourmet.  Also chosen “Great Ate” for a Celebration Dinner.  The Phantom’s Favorite:  Thanksgiving Spot

We are currently looking to fill Server positions. Click the button below to apply.